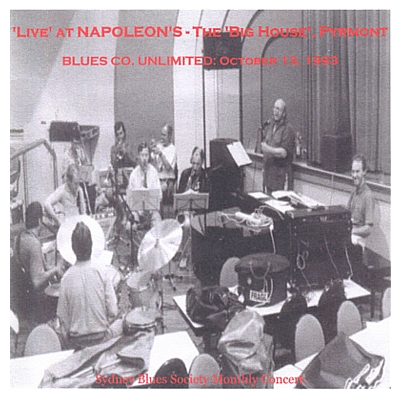 Blues Co. Umlimited was a 9-piece band put together by Peter Locke to feature Rod on vocals in a similar situation to the great Joe Turner fronting the Kansas City Blue Devils. Although it only did two gigs, the first of which was the monthly concert for the Sydney Blues Society held at Napoleon's in the Big House Hotel in Sydney's Pyrmont Docks area on Wednesday - October 13, 1993.
There was a recording made with a small hand-held cassette recorder from the back of the room.
The band on that occasion were: