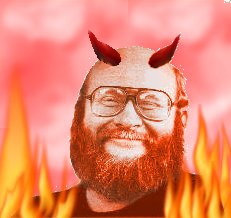 Assorted 'live' recordings from 1980 to the present!

The band was originally formed in March of 1980 (as BEACHHEAD & Co.) to perform at La Bastille in Sydney's Kings Cross and used the (then) frontline of Sydney-based legendary rhythm & blues showband, the Layabouts in the main. At least throughout the remainder of that year!

Also, at least for the first three months, BEACHHEAD & Co. (the name was very quickly shortened to BEACHHEAD) was a 'blowing' band in that it never rehearsed and performed mainly 'standards' and other bits & pieces that each of the band knew and were able to communicate quickly to each other. Usually on the bandstand!

The first rehearsals actually took place just prior to a weekend in July of 1980 when we were to fill in for the Layabouts at all of their regular gigs while they took a well earned break. These performances were all recorded and some of the better tunes from those along with other performances will be included here.

I hope that you enjoy them all!